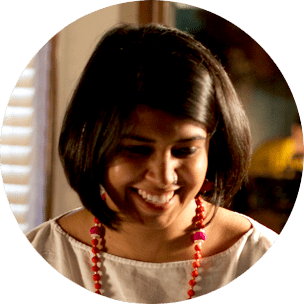 Aditi is the storm brewing at Blurb. A film-maker, an international Bharatanatyam performer and an Ex Radio Jockey, Aditi completed her masters in Mass Communication from Sophia College, Mumbai. After which she worked extensively in the Television Industry, her credits include Dus Ka Dum, India’s Got Talent and Master-chef India among others. After three years on set, she went on to work as a Promo Producer for Discovery Channel, where she took on creative as well as managerial roles.

Warning: Behind her calm demeanor, is a work-horse. She’ll go through you if that’s what it takes to get things done.

Gaurav is a full time movie nerd, who seems to know about all aspects of all films ever made. A Writer-Director and trained Editor from Royal Holloway, University of London, Gaurav has worked in Film(as AD and Editor), News and Advertising. As a Promo Producer at Discovery Channel, Gaurav won three Promax awards in India and Singapore, all before turning 25. He then moved on to set up Blurb Productions with Aditi.

Involved in all aspects of his films, Gaurav is a writer-producer in studio, who switches on the Zen and transforms into the Director on set.

Warning: He is a bank of references, and very capable of giving you more information than you can handle, please ask him to take a pause if it gets too much, we do the same. 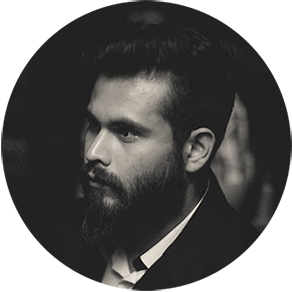 On set, Rael is only seen as a blur, much like the Tasmanian Devil. The go to A.D for any Director, Rael completed his B.A in Design from Raffles Millennium International, Delhi. After short stints with production houses such as ‘Starving Artist Films’ and ‘Uncommonsense Films’, Rael went on to assist on a feature film. He joined Blurb shortly after, his role at Blurb is of a Producer for ongoing projects.

Warning: He’s up for a game of football even after a 3 day shoot schedule, or in the middle of it! Beware, He might even expect you to join him in his hyperactivity.